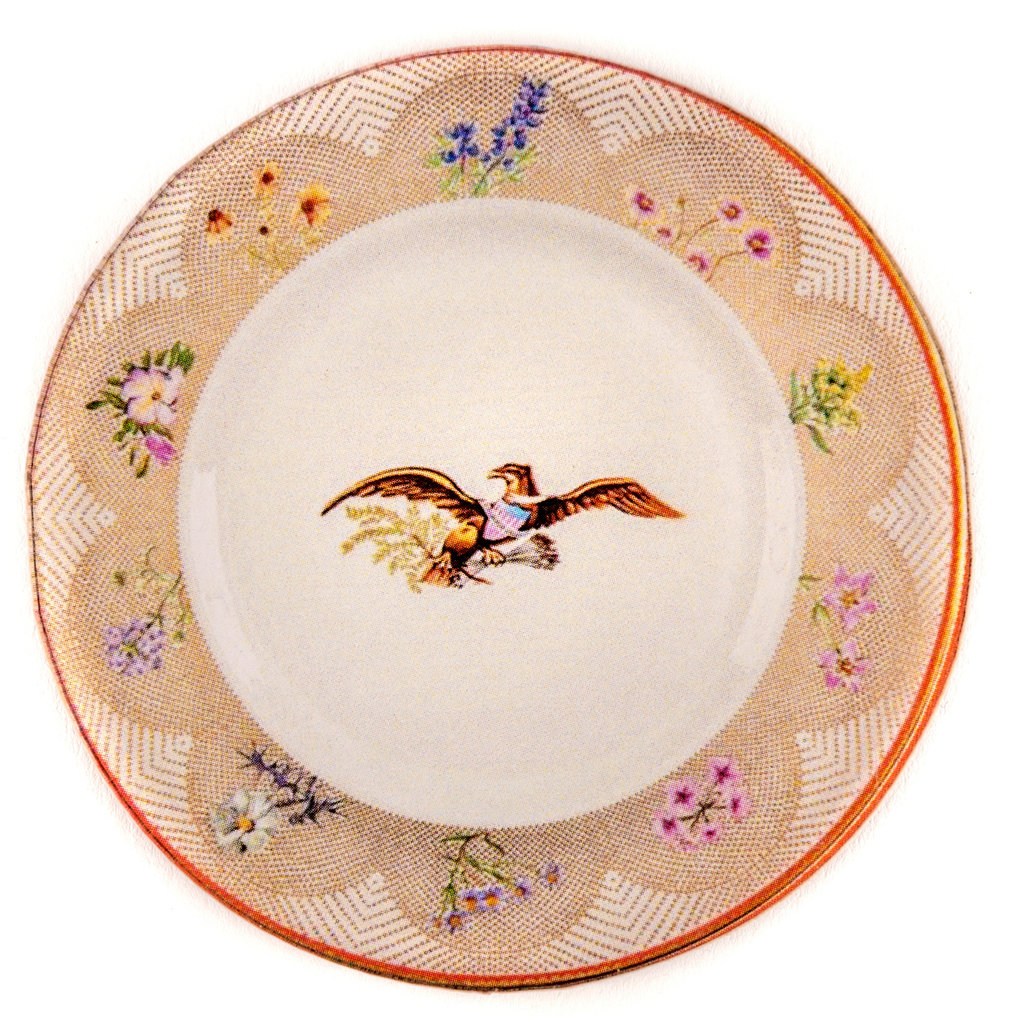 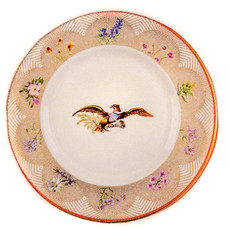 $6.00
A 2.5" magnet featuring Lady Bird Johnson's State Service plate. This beautiful example on a magnet is a tribute to the eye that First Lady Johnson had for beauty which became part of her Theme for America "The Beautification Of America".
In stock

Lady Bird Johnson took hands-on interest in the decorative theme, including each wildflower appearing on the border, as well as the reintroduction of the old eagle style shield at top center. When Lady Bird Johnson made the determination to order the first State Dinner china since Harry Truman in 1951, she made a radical departure from the ever reliable Lenox Co, and contacted Tiffany and Company of New York.

This was going to mark the very first time that the Official State China Service would be purchased with funds other than a tax-payer government appropriation.

Mrs. Johnson, by May 1967, had decided the main decorative theme of the China was to be the eagle but in the formation of the Eagle that had been used on the James Monroe China. However, Mrs. Johnson's, inclusion of wildflowers from all over the United States was to be a principle theme.

All proceeds from the Store at LBJ sales benefit programming, exhibits, and educational initiatives at the LBJ Presidential Library.