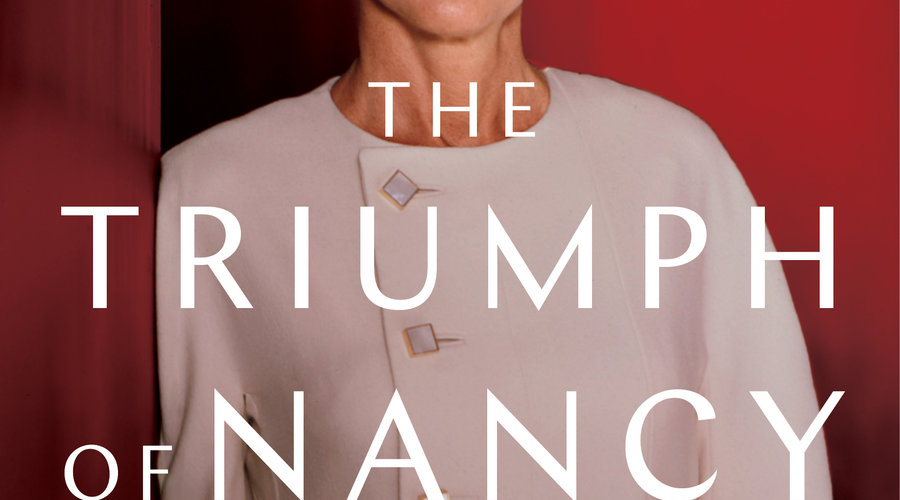 We have a new biography of First Lady Nancy Reagan written by The Washington Post columnist Karen Tumulty available for preorder.  The book will be released on April 13, 2021 and copies ordered from the Store at LBJ will include a bookplate signed by the author.  Click here to order yours today!

About the book from publisher Simon & Schuster:

The made-in-Hollywood marriage of Ronald and Nancy Reagan is more than a love story—it’s the partnership that made him president. Of the pair, Nancy was the one with the sharper instincts about people, the superior radar for trouble, and the keen sense of how to secure his place in history. The only person in the world to whom Ronald Reagan felt truly close, Nancy understood how to foster his strengths and compensate for his weaknesses. Neither timid nor apologetic about wielding her power, Nancy Reagan made herself a place in history.But that confidence took years to develop. Nancy’s traumatic early childhood instilled in her a lifelong anxiety and a craving for security. Born into a broken marriage, she spent seven years yearning for the absent mother who abandoned her to pursue an acting career. When she met Ronnie, who had a difficult upbringing of his own, the two fractured halves became whole. And as Ronnie turned from acting to politics, she did too, helping build the scaffolding of his rise and cultivating the wealthy and powerful figures who would help pave his way. Not only was Nancy crucial in shaping Ronald’s White House team and in softening her husband’s rhetoric, she became an unseen force pushing her husband toward what she saw as his grandest purpose—to shake his image as a warmonger and leave behind a more peaceful world. This book explores the multifaceted character of Nancy Reagan and reveals new details surrounding the tumultuous presidency. The Washington Post columnist Karen Tumulty spent four years interviewing the people who knew this couple best and draws on overlooked archives, letters, memoirs, and White House records, compiling the most extensive biography of Nancy Reagan yet. From the AIDS epidemic to tensions with the Soviets and the war on drugs, this book shows how Nancy Reagan became one of the most influential First Ladies of the century.